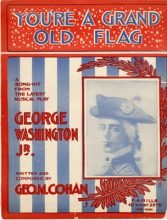 Songs of World War I at the Norfolk Library

In conjunction with the Norfolk Historical Society’s exhibition Norfolk in the Great War, on Sunday, July 23, at 5:00, Doug Schmolze, singer and guitarist, will present a variety of songs from the 19teens, both patriotic and otherwise, in a centennial retrospective. With anecdotes and historical notes the program provides insight into the mood of the era that ushered in the “War to End all Wars”. Audiences will recognize (and sing along to) patriotic songs such as “Over There” and “You’re a Grand Old Flag” by George M. Cohan that remain popular, especially on civic occasions. But composers of the era also produced Ragtime, waltzes, and romantic songs such as “The Land Where the Good Songs Go” by Jerome Kern and, on the lighter side, “When I Had a Uniform On” by Cole Porter. Visuals and lyrics to sing-a-longs are provided by an accompanying power-point presentation. This program is free and is suitable for families. Please call the Library at 860-542-5075 to reserve a seat.