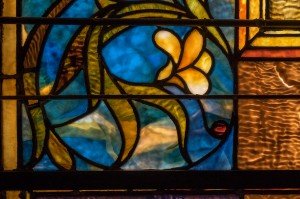 By a characteristic act of historical snobbery, we inhabitants of Norfolk, like the inhabitants of most villages, towns, and cities located in one or another of the thirteen original colonies, have spent most of the twentieth century single mindedly admiring the architectural remains of the eighteenth century. How foolish of us to do so! For it is the nineteenth and early twentieth centuries that ought to be the chief objects of our attention; that is when the most interesting of our architecture was being designed and built…. Those were the days when we were becoming for the first time ourselves: in our eyes, if in nobody else’s, the noisy, go-getting ebullient wonders of the world.
—Brendan Gill, 1976

Forty years ago, architectural critic and Norfolk summer resident Brendan Gill offered a significant reassessment of the town’s architectural heritage in a chapter of the Waldecker History of Norfolk 1900-1975. Fresh from his successful fight to save New York’s Grand Central Terminal (designed by Warren & Wetmore, 1903-1913), Gill drew attention to the architectural importance of the town’s late 19th and early 20th century buildings. He concluded his chapter with a list of “indispensable” 20th century landmarks of Norfolk’s “Golden Age of Architecture,” many of which were at that time in a state of neglect. This exhibition features this remarkable group of public buildings commissioned by Norfolk’s civic-minded patrons in the period 1880 to 1930, especially the details of their stunning artistry and craftsmanship.

These patrons believed in the power of beautiful buildings to transform the life of the village and to foster a sense of community and civic pride. They invested in the finest designers, artists, and craftsmen, many with national reputations, architects such as Stanford White, Bruce Price, J. Cleveland Cady, and George Keller, along with Ehrick Rossiter and Alfredo Taylor. The confluence of enlightened patronage with an appreciative population, combined with a wider American belief in the transformational force of beauty, meant that Norfolk was the recipient of a rush of building fervor: a theater, a library, a chapel, a railroad station, a gymnasium, a memorial fountain, and an Episcopal church all rose within a decade. These stylish and well-crafted buildings reflect a breadth of artistry and variety of aesthetic choices that give the town its distinctive character.

While the elegant new buildings are well known today, not everyone is aware of their high-quality embellishments. These are right there in plain sight, if one knows where to look. Artists and artisans of the highest caliber such as Maitland Armstrong, Louis Comfort Tiffany, and Augustus Saint-Gaudens were commissioned to work here in stained glass and bronze. Craftsmen skilled in stone, wood, and terra cotta contributed important details.

Brendan Gill concluded his chapter with this plea: Learn what is precious, and fight to preserve it! Forty years later, we are aware of the importance of historic preservation. Although some of the buildings of Norfolk’s Golden Age of Architecture are lost to us, others have been or are being lovingly restored to protect and preserve this extraordinary legacy.