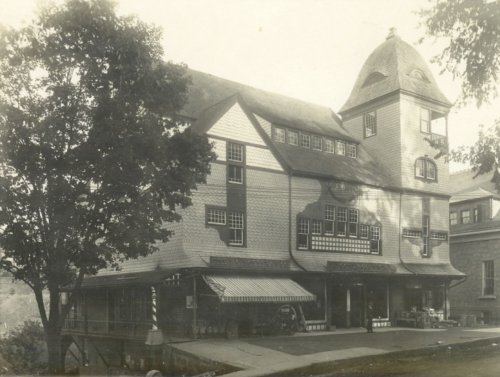 130 Years of Culture, Commerce, and Community

This summer the Norfolk Historical Society celebrates the 130th anniversary of Village Hall, now known as Infinity Hall. Built in 1883, Village Hall was a remarkable community cultural center that was conceived of by a group of Norfolk women. After numerous fund-raising events which included package parties, ice cream socials, pink teas, entertainments and lectures, the Norfolk Hall Association was incorporated to raise stock subscriptions. Land was bought on Main Street, architectural plans were drafted, and Norfolk’s first entertainment hall was under construction. 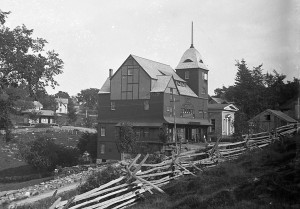 The multi-purpose building, with stores and shops on the first floor and a concert hall on the second, was likely designed by J.C. Cady, architect of New York’s recently-constructed Metropolitan Opera House, and soon became known as Norfolk’s opera house.

The exhibition will feature the many events that have taken place since the inaugural production of Gilbert & Sullivan’s Pinafore on July 30, 1884. Many of these events shed light on the nature of cultural entertainment and the socio-economic composition of the audience in the late 19th and early 20th century. 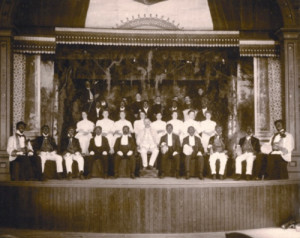 A classical recital by the Anglo-African composer Samuel Coleridge-Taylor in 1910, for example, stood in stark contrast to a black-face minstrel show performed by the Royal Arcanum Minstrels in the same year. The Hall has seen vaudeville shows, silent movies, and community events such as school graduations, roller skating derbies, and church fairs. The exhibition will feature a silent movie in the rear gallery.

For the first time since 1884, Gilbert & Sullivan will be returning to Infinity Hall this summer in a special concert performance of The Mikado by the famed Blue Hill Troupe on June 30. Save the date!