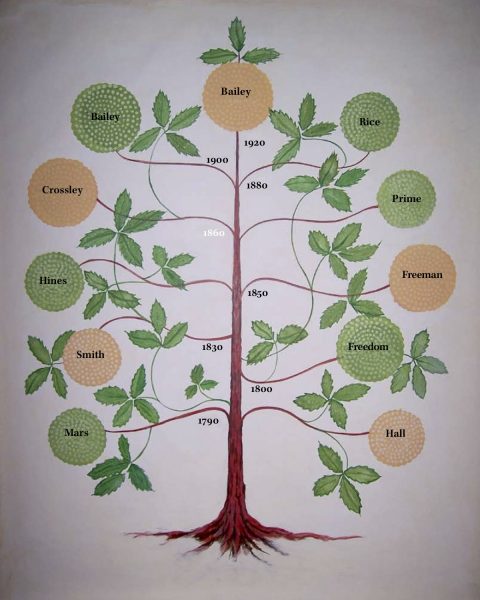 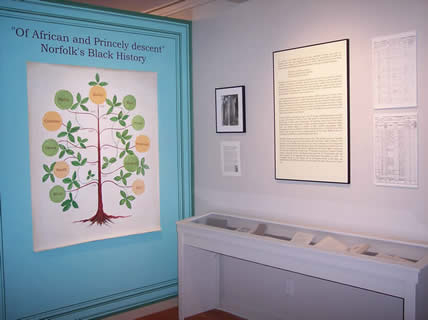 “Few persons in the whole history of the town, regardless of name, race, color or condition have been more respected and loved than was ‘Aunt Bilhah’ Freedom.” So wrote Theron Crissey in his History of Norfolk. When this much-loved black woman died, townsfolk placed a marble monument at her grave with this inscription: Of African and princely descent. Of queenly yet deferential demeanour. Greatly respected and beloved.The black history of a town is often an unwritten one. In 1900, however, Theron Crissey devoted a chapter of his book to Norfolk’s African Americans, giving us the chance to look more closely at their history. Three of the fifty portraits in the book are of Norfolk’s black citizens. Among them is James Mars, a deacon of the church whose 1864 Autobiography about his early days of slavery was reprinted at least eleven times. His grave in Norfolk’s Center Cemetery is now a stop on the African-American Freedom Trail. While his story is well-known, other lives have been forgotten.

This exhibition chronicled Jupiter and Fanny Mars’ flight to freedom with their children, the formation of Norfolk’s Anti-Slavery Society, and the operation of the Underground Railroad including a recreation of the kind of tight space in which a slave family would have been hidden. Reverend Joseph Eldridge’s daring 1861 sermon “Does the Bible Sanction Slavery” heralded the church’s opposition, while Robbins Battell published spirituals which he had personally transcribed “from the mouths of slaves” and commissioned a history painting to memorialize John Brown. The exhibition looked at the Norfolk men who served in the 29th colored regiment in the War of the Rebellion and the town’s tribute to Abraham Lincoln with special memorial concerts held annually in the early 20th century. 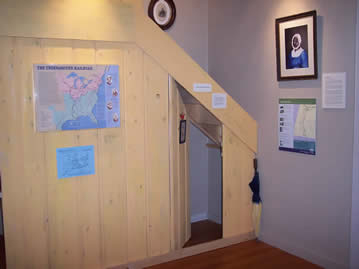 Recreation of a hiding place for slaves

Period settings introduced visitors to some of Norfolk’s black citizens: James Mars; Sam Smith, employed by Robbins Battell as a farmer but who was known throughout town as a musician; Wealthy Ann Prime, whose grandmother Mum Bett’s suit for freedom helped abolish slavery in Massachusetts; and Aunt Bilhah Freedom, celebrated for her cooking and her gingerbread. 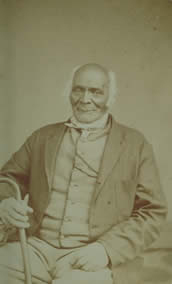 Listen to an excerpt from Audio Excerpt James Mars The Life of James Mars.
In conjunction with the exhibition, the Norfolk Historical Society hosted a poetry reading sponsored by the International Festival of Arts and Ideas. The Festival commissioned poet and professor Ravi Shankar to write a poem on James Mars as part of the Festival’s theme “Freedom’s Journey: Poetic Reflections on African American Legacies.” The event included an historical meditation on James Mars’ grave by Michael Amico and the reading by Ravi Shankar of his Zuihitsu on James Mars. Download the followin pdf to read the meditation and poem (James Mars Booklet, Poems, Meditations PDF). For more information about James Mars, please see the booklet for sale on our merchandise page, The Life of James Mars.