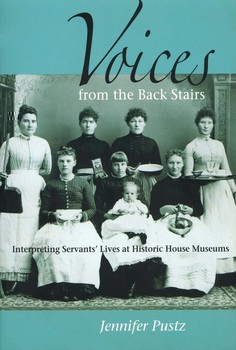 In the early 20th century, Norfolk was in its heyday as a summer resort. As “cottagers” arrived to spend the summer in the northwest hills, they often brought with them their maids, cooks, butlers, and chauffeurs. Local hired help might include gardeners, laundresses, or seamstresses. Who were these people and what were their lives like? While the census provides names, ages, birthplace, and occupation, voices from the back stairs generally have not been heard. Jennifer Pustz will provide some answers in an illustrated talk on the lives of domestic servants in 19th and 20th century New England. Jen will focus on three Historic New England properties to illustrate the diversity of domestic service. Period domestic manuals, ephemera, and other general material will also shed light on the lives of servants and relationships with their employers. This joint program with the Norfolk Library is part of the Connecticut at Work series, sponsored by CT Humanities. Free and open to the public.