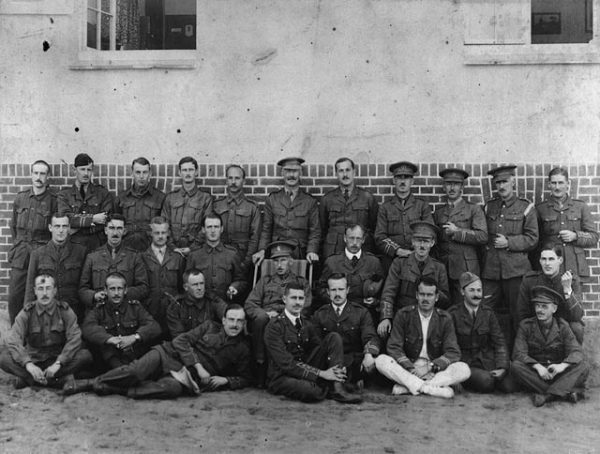 The experience of World War I prisoners of war in Germany is an aspect of the conflict little covered by historical research. A first-hand account was discovered by Dr. Francis Baudry, when he found the diary his father kept during his three years in captivity in German camps. In July 1914, when he was 18 years old, Baudry’s father was planning to return to Paris to enlist in the French army after visiting his family in Alsace Lorraine. As he was about to board the train in Strasbourg, he was arrested and accused of spying. He spent the next two years in a German camp. This ironically saved his life, as he would most probably have died in the trenches.
After his father passed away in 1999 at the age of 103, Dr. Baudry found an extraordinary  manuscript among his father’s belongings. The size of a cigarette pack, it was a memoir written during his time in captivity and dedicated to a cousin whom he loved. Dr. Baudry will speak about his father’s vivid description of his years in captivity and his several attempts at escape.
A Norfolk and New York resident, Dr. Baudry is a psychiatrist and psychoanalyst with his own practice, and affiliated with Mount Sinai Medical Center. He is on the faculty of the New York Psychoanalytic Institute and is a member of the Soldier’s Project, an organization dedicated to giving free mental health care to veterans and their families.