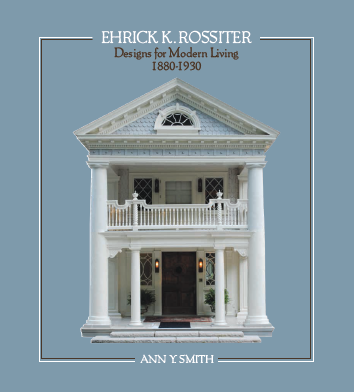 Ehrick Kensett Rossiter (1854-1941) was in the vanguard of the newly professional practice of architecture in America after the Civil War. A member of the first graduating class in the architectural program at Cornell College (in 1876), Rossiter practiced architecture for over 50 years. He designed more than 350 projects in a variety of styles, providing homes, schools, libraries, churches, clubs and workplaces for a rapidly expanding America at the turn of the 20th century. Among these projects, seventeen were in Norfolk, CT, including the Music Shed (1906), Haystack Tower (1929), and several residences. Museum consultant and architectural historian, Ann Y. Smith has written the definitive story of Ehrick Rossiter and will discuss his Norfolk work at the next Music in Context program at Battell House. Copies of her book will be available.